Not long after it was announced that actor Anton Yelchin, who starred in the latest Star Trek movies, had been killed in a freak accident involving his Jeep while getting his mail, several Jeep Grand Cherokee owners have filed a lawsuit alleging that Fiat Chrysler concealed a defect in the cars. 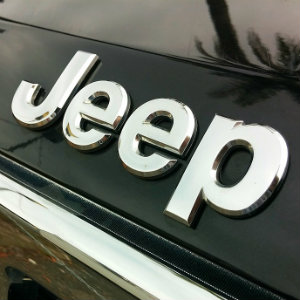 The plaintiffs, in this case, have alleged that Fiat Chrysler went so far as to conceal that there was a shifter design defect in Jeep Grand Cherokee models from 2014 – 2015, Chrysler 300s from 2012 – 2014, and Dodge Chargers from 2012 – 2014. They also allege that this defect has caused hundreds of car accidents that resulted in property damage, injuries, and deaths.

Furthermore, the plaintiffs believe that this defect, which causes a car to move despite the fact that the driver believes they have placed it in park, reduces the value of the vehicle.

The most well known of these accidents occurred in June of 2016. Anton Yelchin had exited his Jeep and while he was walking down his driveway, the car began to roll backwards, ultimately pinning him against his mailbox. Doctors have reported that he died within minutes from a lack of oxygen.

Fiat Chrysler recalled nearly 1.1 million vehicles in April of 2016, due to the risk of vehicular runaway. Many believe that the problem rests in the visual design of the shifter – that there is no physical spot to put the gear lever position into park. The only feedback that lets a driver know they are actually in park is a light that changes from D to P and a chime that goes off if the driver’s door is opened and the car isn’t properly in park.

In their recall, the car company admitted that it was aware of at least 41 instances in which someone’s injuries could have potentially been related to the shifter defect.

Was The Recall Mandatory?

According to the Federal Motor Vehicle Safety Standards, a recall is necessary in two cases:

In these cases, the National Highway Traffic & Safety Administration has the authority to force manufacturers to issue a recall, although many companies opt to perform the recall prior to being informed they need to do one.

If A Car Has Been Recalled Does That Prevent Me From Filing A Lawsuit?

No. Just because a recall has been issued doesn’t mean that someone who has been injured due to the defect can’t file a defective product lawsuit.

What Is A Defective Product Lawsuit?

A defective product lawsuit is a type of personal injury lawsuit that is filed when someone has been injured by a product that contained a defective part. There are three categories of defects which can be named in a lawsuit:

What Can Be Gained From Filing?

The victims of a defective product who decide to pursue legal action may be able to obtain the compensation they need to pay for medical bills and lost wages, as well as compensation for physical and emotional pain and suffering. The amount awarded in each case depends on the losses suffered by the plaintiff.